Anne is an abuse survivor and decided to share her story with us during Domestic Violence Awareness month.

Defining abuse is the most difficult for survivors; acknowledging what they’ve experienced as abusive. I have countless stories as someone who has been abused and came out the other side safely. This isn’t the easiest thing to write about, but if sharing it with others can help even one person recognize their situation as abusive and seek help, it’s been worth it for me.

For one woman I know, it started with a man beating his partner and insulting her, but telling her she had nowhere else to go. It came in the form of the drugs he introduced to her and supplied her with to keep her from getting sick, but withheld them to get what he wanted. It came in the form of eating away at her self-esteem.  Then an unplanned pregnancy and resentment for the body of a sick child she couldn’t afford to provide for, who will bear the blame for the end of her pursuit of higher education or more qualified jobs.

The birth of this sickly bundle of resentment is a daily reminder of her abusive relationship, but it allows her imperative need for misplaced attention. The upper middle class lifestyle she’s long dreamed of slips further out of her grasp as the struggles at home increase, inversely, her health declines. She’s lived a difficult life, but she’s grown to accept it via her undiagnosed Munchausen’s by proxy. She’s grown disillusioned and depressed but is still able to masquerade the violence she endures at the hands of her husband with her unrelated illnesses. Unfortunately, as time goes on, she begins the final phase of the cycle and doles out her own abuse to deal with the trauma of hers. This leads to her role in the abuse of her own child. That woman is my mother. 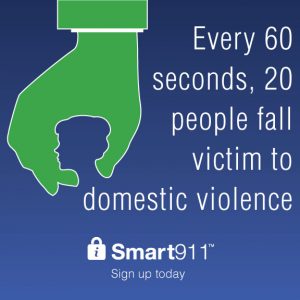 That child, and later, her younger sibling, experienced many broken bones, black eyes, bruises and noticeably lowered self-esteem. It’s not always as obvious as the physical injuries left by violence. A lot of the pain and suffering comes from emotional abuse, which doesn’t always leave marks you can see.

My mother was a very popular and involved woman in the town we lived in and somehow what she went through, but also what she had put us through went unnoticed, despite everyone knowing her and even more knowing her “scarier” side. No one seemed to question or notice why she was always carrying around pills, or would disappear for months at a time, or never seemed to be around her own kids.

No one in town knew my dad. He’s a quiet man who keeps to himself. He used to be loud and raucous and have a thirst for liquor. He’s also brilliant and self-made and hilarious, but that’s the thing about abusive people: they’re not necessarily a terror all the time. They blend in with you and me. They can be right in front of you and you wouldn’t even know it. I always say my mother’s a nice lady but not a good mom. It can be hard to tell if you aren’t in an abusive relationship with them the nightmare they could be for someone else and perpetuating a system of violence.

I withstood my parents’ physical and emotional abuse as well as their on-again, off-again neglect and abandonment until I was 17, floating from relatives that didn’t want me to foster homes, homelessness and living with friends. I was able to get out but never stay out until I was 22.

I wish I could say it ended there and I lived happily ever after, but that’s not the case. After my escape, I found myself struggling with depression, anxiety, insomnia and PTSD. Most of these diagnoses existed well before seeking freedom, but went undiagnosed as a result of an inability to seek proper medical attention. At 17, I was diagnosed as having temporal lobe epilepsy as a direct result of my extreme head trauma at the hands of my father. I had to learn how to work with my body while not having much or any control over it anymore. It felt like the pain and punishment would never end; like what my parents had always said and did was something I deserved.

A few suicide attempts, 3 hospitalizations, 7 years of therapy down, and 6 pills a day to keep my brain and body in check and it still feels like an uphill battle a lot of the time. I suffered through many toxic friendships and relationships because I didn’t know anything else. It does get better though. I’m not scared anymore, my nightmares are minimal, my face remains unbruised. I have a partner now that treats me with kindness, patience, and respect. 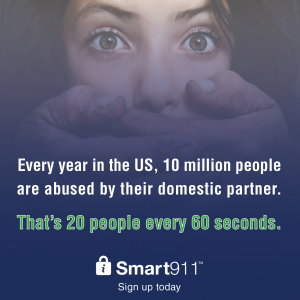 If you find yourself reading this and it sounds too familiar, please do yourself a favor and remember something I wish I had heard when I was younger: you don’t owe these people anything. However hard it is, when it’s safe for you to do so, leave or seek help. Ending toxic relationships and escaping abusive people can open your once-painful existence to a sense of freedom and happiness you never realized was possible. Utilize whatever support system you have whenever possible. There are apps that can help you sneakily seek help if you live with your abuser. There are hotlines, therapists, support groups and in/outpatient programs specifically designed to help you get away, stay away, and deal with the posttraumatic stress and any other lasting effects of enduring abuse. Survival is possible. If I can make it out alive, I believe in you. You may just need the right tools.

Abuse against women and domestic violence are two issues very close to me and my life has been plagued with both since before I even entered this world.

In order to prevent or end an abusive situation, we must first define abuse and its targets. If it hurts consistently, it’s abuse. Merriam-Webster defines abuse as, “to treat (a person or an animal) with cruelty or violence, especially regularly or repeatedly.” Abuse can be physical, emotional, manipulative, or sexual. It can exist at any level of relationship: between parents/guardians and children, spouses or partners, employers and co-workers even friends.

Anyone can be a victim of abuse and anyone can be an abuser. Former U.S. Surgeon General C. Everett Koop is cited as saying "Domestic violence is the leading cause of injury to women between the ages of 15 to 44." Women, transgender people and gender nonconforming individuals are currently the majority of reported survivors of domestic violence, but abuse doesn’t discriminate.

Age, race, ethnicity, religious denomination, mental or physical health, level of education, and socioeconomic class can be factors in the abuser’s history or the abused’s unwillingness or inability to leave safely, but they do not cause the abusers themselves. Abuse is often caused by learned behaviors, substance dependencies, mental health issues or any combination of the aforementioned.